It’s been one decade since my son was born. Ten years. On many days, it seems like just yesterday I was changing his diapers and  yearning for an entire night of sleep. Most of the time, though, it feels like the baby days were a lifetime ago. And I’m totally ok with that.

I didn’t do so well with the newborn/infant stage. Like many parents, I had no idea what I was doing. Although to be honest? I still feel like I don’t know what I’m doing but I’ve learned to fake it. I love my boy with everything I have and I try to listen to him and encourage him to make good choices and I try to be a decent role model. I think that’s the best I can do.

As my son gets older, each new year brings my new favorite age. At one, he started walking. At age four, we could start having conversations. At five he was reading to me and telling me stories. At seven I realized what a funny kid he was  (and is) and what a class clown he had become. At nine, his YouTube channel debut made me just as proud as it made him. And now at ten? Who knows what the year will bring. But I know how happy I am at the human being he’s becoming.

These past few days as we’ve driven home, the boy has read Garfield and Peanuts comics to me until we both laughed so hard we couldn’t breathe. And in the past month, we’ve had the best discussions about gender roles and stereotypes and about how fantastic it was to finally see a gay boy in a graphic novel for middle schoolers. (Thank you, Raina Telgemeier!!) I feel like I’m pretty liberal in my political and social views on the world, but my son’s ideas have challenged them. He’s of the belief that anyone really can do anything. If you’re a boy and want to join the Girl Scouts, you should. If you’re a girl and want to join the Boy Scouts, you should do that. He doesn’t see anything “wrong” or even “weird” for either of those scenarios.  If you’re transgender? Great! If you’re not? Great! It doesn’t matter to him. Just do what you want to. Accept everyone, no matter what. Don’t tolerate, accept. And I find that absolutely awesome.

I think my boy will find the world a challenging place and it often won’t bend the way he wants it to. But hopefully in the future he can change what he’s able to and go with the flow when he needs to.

For right now though? For right now I hope he can continue to just be himself–the gamer, the tall kid, the sports player, the reader, the clown, the actor, the Youtuber, the creator of zombie peep massacre dioramas, the cat lover, the writer–and be happy with who he is and who he is becoming. Because I certainly am. 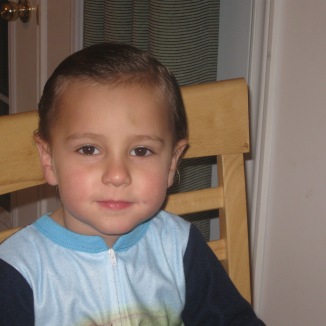 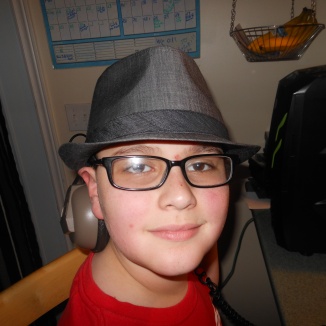 One thought on “Double Digits”